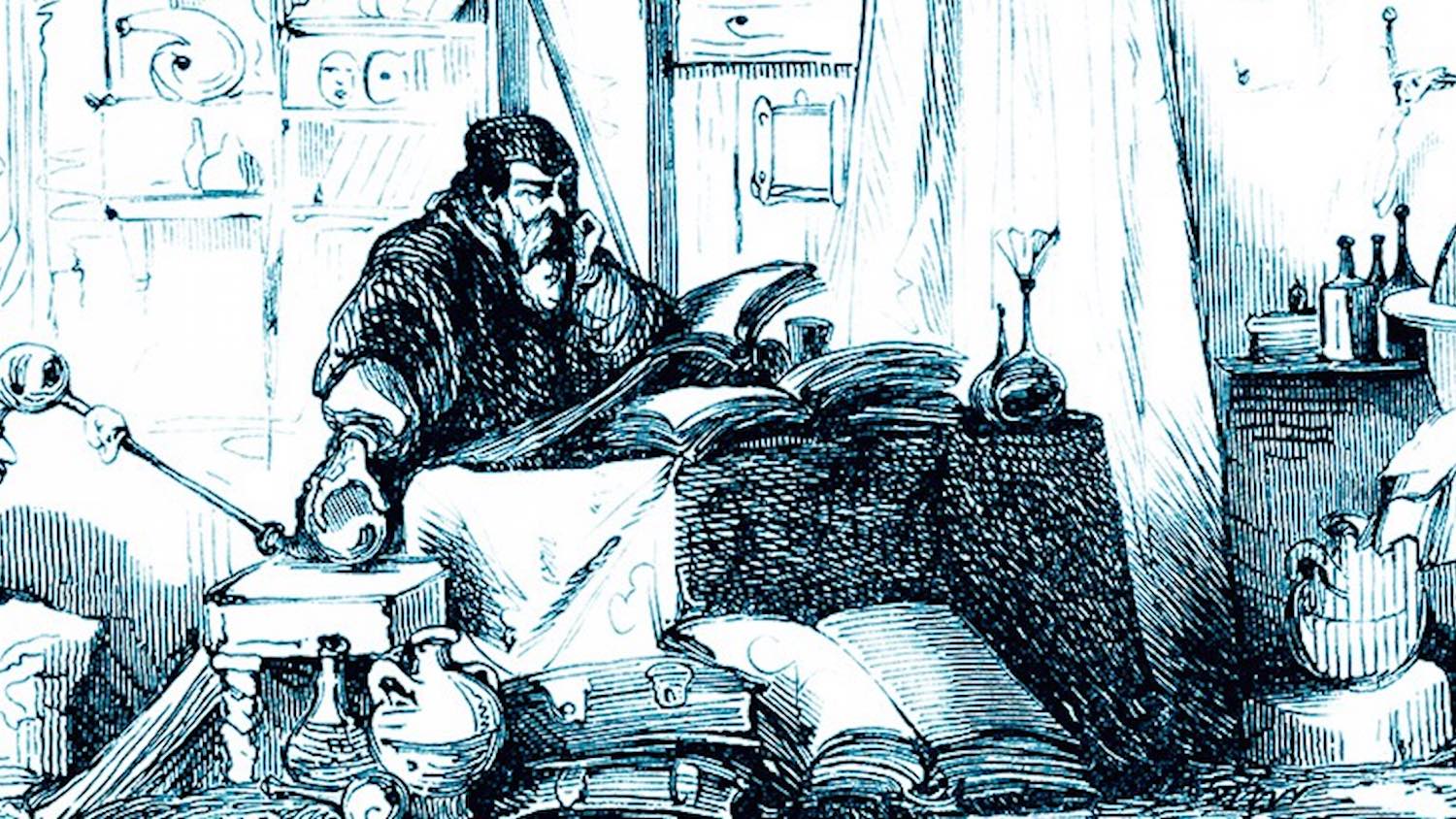 After I have recognized that the archive of the Karl Polanyi Archives [KPA] 46/13 has been written by Karl Polanyi and not by his brother Michael, one has to wonder why Polanyi was interested in what he calls ‘Medicine’ in the first page of the archive KPA 02/11. One can find four archives that deal with this subject:

The archive 02/11 is constituted of quotations and of references that prove a large knowledge of authors that come back throughout his four archives: Sanctorius, Harvey, Borelli, Sylvius, Boerhaave, Paracelsus, Foster, Basil Valentine, Giovanni Pico della Mirandola and François Quesnay. Except possibly the last one, Quesnay1, all are alchemists or Kabbalists. Polanyi, at some point in his life, was therefore interested in the alchemy of himself, or had received a very complete teaching on this topic.

The Karl Polanyi Institute dates these archives of the beginning of the Viennese years, that is probable since the texts are in German and that Polanyi does not show any particular interest in these themes in any of the archives that can be dated without risk of error and that are later. However, the language index is not sufficient because it should be remembered that Polanyi began by speaking German before arriving in Hungary in his youth and knows both languages well. Moreover, it is not impossible that German was spoken in the Hungarian Grand Orient, since the Hungarian elite spoke German then2. If he had effectively written his notebook in Wien, one has, so, to answer if he did not frequent a new lodge in the Austrian capital, that would explain the presence of these notes. If one draws a link between these archives about medicine / alchemy and the conferences given in German in 1939, in London, on German mystics and other Gnostic “God seeker”, and if one considers that these conferences are the submerged part of an iceberg of belonging to other occult circles where politic (Guild socialism, Fabian Society) and ‘religious’ (heteroclite circles of the Leftist Christians) are crossed3, this hypothesis is completely possible.

It should be noted, however, that the themes and authors studied in these notes are used, in his drafts or manuscripts of the time, only in “Der Glauben an die Wahrheiten der Wissenschaftslehre von der Soziologie” [The Belief in the Truth of a Scientific Sociology, 02/02]4 that the KPI dates between 1920 and 1922, what is totally credible. So, it is towards this text that the four archives converge and on this unfinished draft that we must focus.

Remember finally that it is at this period when Polanyi wanted to write a “Behemoth” (as reported by Gregory Baum [Baum 1996, 20-24] and Ana Gomez 2008, §13) without us knowing neither if he was using the term for the mythical beast that appears in the book of Job (and which the marine pendant of the terrestrial Leviathan5) or the demon, nor if this project was the other name of “Gegen die wissenschaftliche Politik”, which he mentions in his correspondence in 1920.