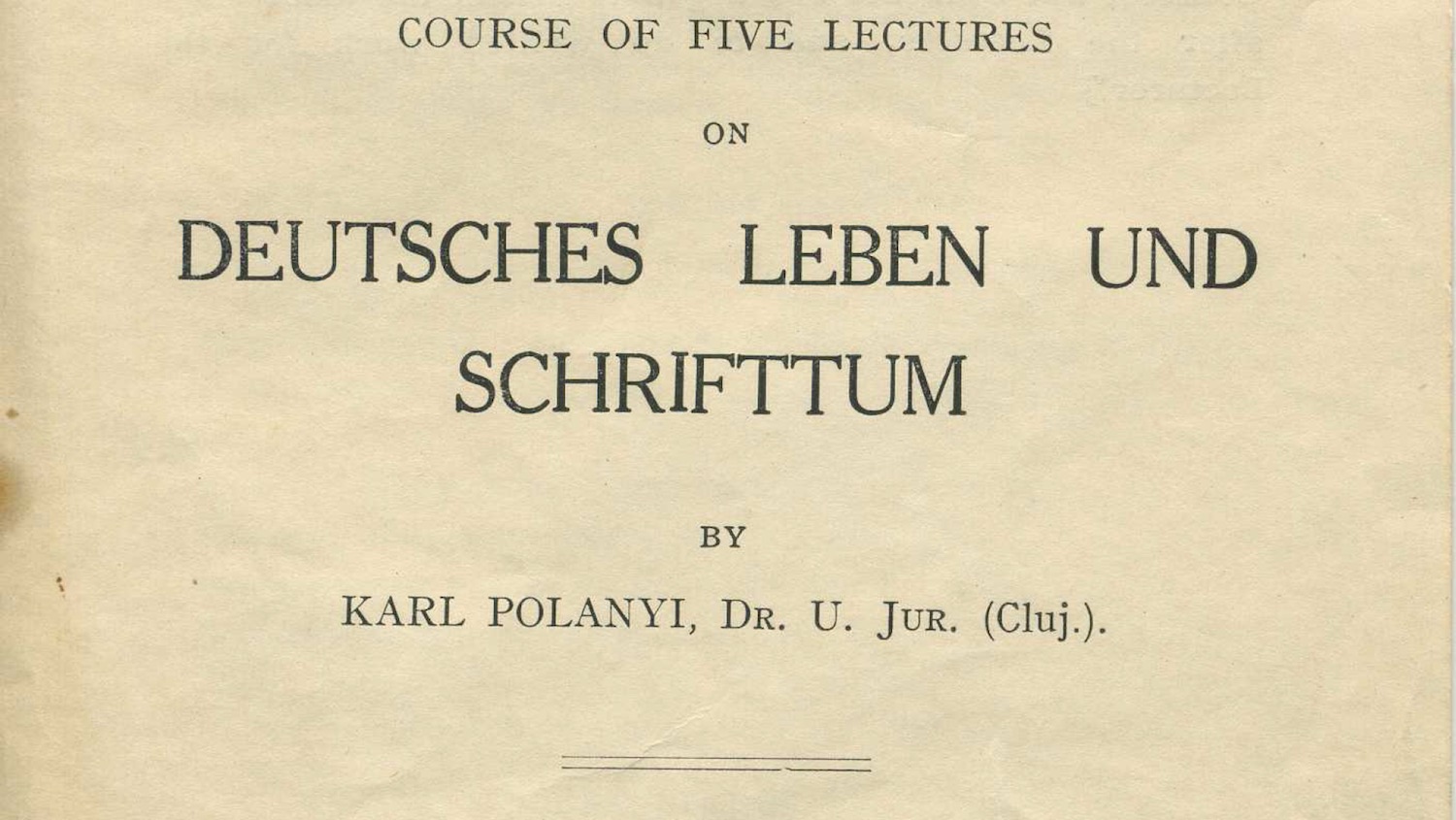 Strange is the archive we can find in KPA 15/06, constituted by the syllabus and notes of a set of six lectures called „Deutsches Leben und Schrifttum” [litterally: “ German Life and Literature”]. Actually, those lectures given by Karl Polanyi between January and February 1939 for the “extended courses” of London University / Gresham College, were in German. So it is logical to ask which kind of audience could be hoped and targeted with this choice. Was there such a German-speaking people in London (or German-speaking Londoners), in all cases sufficiently to fill a room, in this kind of conferences with charge? Was it a favor made to Polanyi, to let him speak his first1

On other hand, conversely to other conferences given in the same environment, between 1937 and 1939, these ones in English, that was all concerning subjects on political history or geopolitic actuality more supposed interesting for the subjects of Her Majesty the Queen, Polanyi here spoke about more philosophical and religious matters, focusing on the German-speaking world. If one can find a conference on Hegel, Marx and Hitler, famous people, one can also notes that in the second conference, on the “God seekers”, he spoke about scholastics, mystics and esoteric Christians as Jakob Böhme, Meister Eckhart, Angelus Silesius or German Women Mystics [„Frauenmystik“]. But we have no traces in the archives, no notes on readings for these people. Eckhart, Luther, Novalis, Herder, Fichte, Hegel, Kleist are known by everybody. Jakob Böhme maybe was (still) an important reference in some ‘initiated” esoteric circles and/or freemasons (including Polanyi?), maybe less than in Hegel epoch – for whom it was of great importance2 – but, by the way, the reference is not totally astonishing. More are those to Heinrich Seuse, Angelus Silesius or those German Women Mystics in Middle Ages…

If one had just famous names, it would be possible to think that Polanyi had been able to gather his knowledge on them, with some refresh in books, but the attention to exhume authors not very well known, not to say forgotten, is troubling.

So, is there a secret Polanyi as it is the case with Hegel, and in a parallel and similar way, because they frequented the same secret societies, in Budapest for Polanyi and Germany for Hegel? So secret that it would have disappeared in the archives or because Polanyi had destroyed everything?