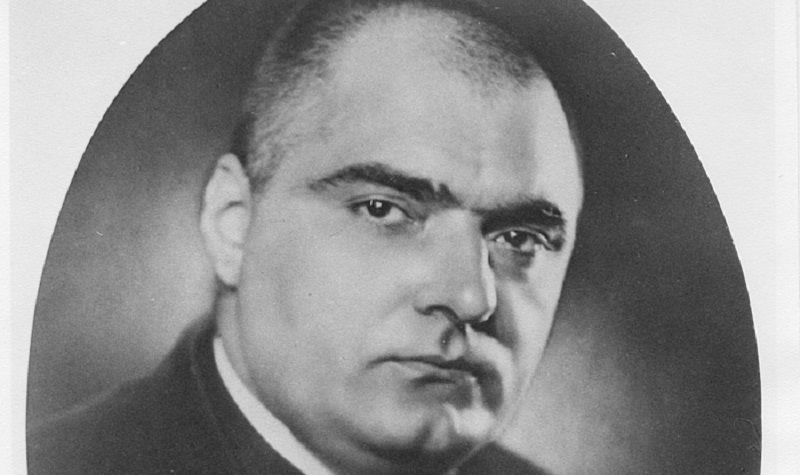 I have recently read the Andrew Rigby’s biography of Dimitrije Mitrinović, that I had found in Academia.edu and had downloaded freely and legally in PDF format.

To my knowledge, it is the only biography of Mitrinović, in English, and it was very interesting for me.

As the text can also be found in the Mitrinović Foundation’s website, I offer you a Microsoft Word version, with some small corrections1), clearer style, respecting the Rigby’s version pagination2, and with the addition of a final bibliography of personal recollections by the Mitrinović’s friends, made collecting the references given by the author throughout the text.

Some relations of Mitrinović with…

Investigating on Polanyi, I tried to focus on him and John Macmurray, his acolyte in the Christian Left3. But I discovered other thinkers as, for example, Erich Gutkind, Vladimir Solovyov, the Blutbund (W. Kandinsky, P. Klee, M. Buber…) or Frederik van Eeden.

Concerning the personal relations between Polanyi and Mitrinović, I found nothing, but it was of great interest to see that the latter had a version of the “three revelations”, almost the same as the one that Polanyi added in the revised version of Origins of our Times (recalled The Great Transformation). I will focus on this point in another, dedicated future article.

With this biography, we don’t know neither the exact links between Mitrinović’s group and Rudolf Steiner. I have seen, reading the different journals published by the Serbian guru, that Valerie Cooper was eurythmist and organized sessions in the Steiner’s Hall in London. The English group wanted to theorize a form of socialist guild, and they used Steiner’s “Three-Fold State” (or Parliament)4. Nevertheless, to find inspiration on this topic, they did not need a German speaker angry with the Fabian Society and the Theosophical Society since 1912, but could just have used ‘local’ thinkers as Morris, Cole, Owen, etc. So, why using Steiner and ask to Polányi to speak about him?

… other gurus as George Gurdjieff

Rigby shows in chap. 5, that Mitrinović wanted to become the A.R. Orage’s official guru, and was in competition with George Gurdjieff, then in France. He lost this battle, since Orage went to France to join him; we can conclude that they are not in the same network, or some kind of ‘colleagues’ as we could think after Rudolf Steiner’s denounced the English Freemasonry, in a 1918 text, Die soziale Grundforderung unserer Zeit – In geänderter Zeitlage [GA 186], and spoke about a crucial division between German and English freemasons that provoked the WWI – I don’t know if Steiner is a genius or a charlatan, I just see that M. and P. read him, and so I use his point of view as potential revealer of some hidden relations between influence networks.

First, on the relations between Mitrinović’s nebula of ‘New’ (Europe, Britain, Atlantis, etc.) movements and journals and the associations that Wells wanted. Indeed, the New Europe movement leads to a Federal Union (and then, a World Federation), exactly as the New World Order that Wells will expose in 1939/1940 in his book The New World Order. So beyond the ideological similitudes we can observes, we don’t know which relations, or what position have the Mitrinović public groups with the ‘Open Conspiracy’ groups that Wells was looking forward to in 1928, and what relations could have Mitrinović and his Senate with other Wellsian and/or Fabian Society groups. Everything let think that they were two ‘pipers’5 paid by a US elite or the cosmopolite elite eager to develop a new form of aristocracy, on the ruin of the Catholic world, based on the new World religion and a technological rhetoric in order to convert all the Progressivists of all countries: the Rockefeller/Rothschild socialism, this kind of ‘socialism’ that could conceive an Iphone in a ‘capitalist’ country and produced it in another ‘communist’ one in order to sell it to all the Alpha and Beta humans of this ‘Brave New World’.

After I read this biography, in spite of all its qualities, I stayed frustrated in some points.