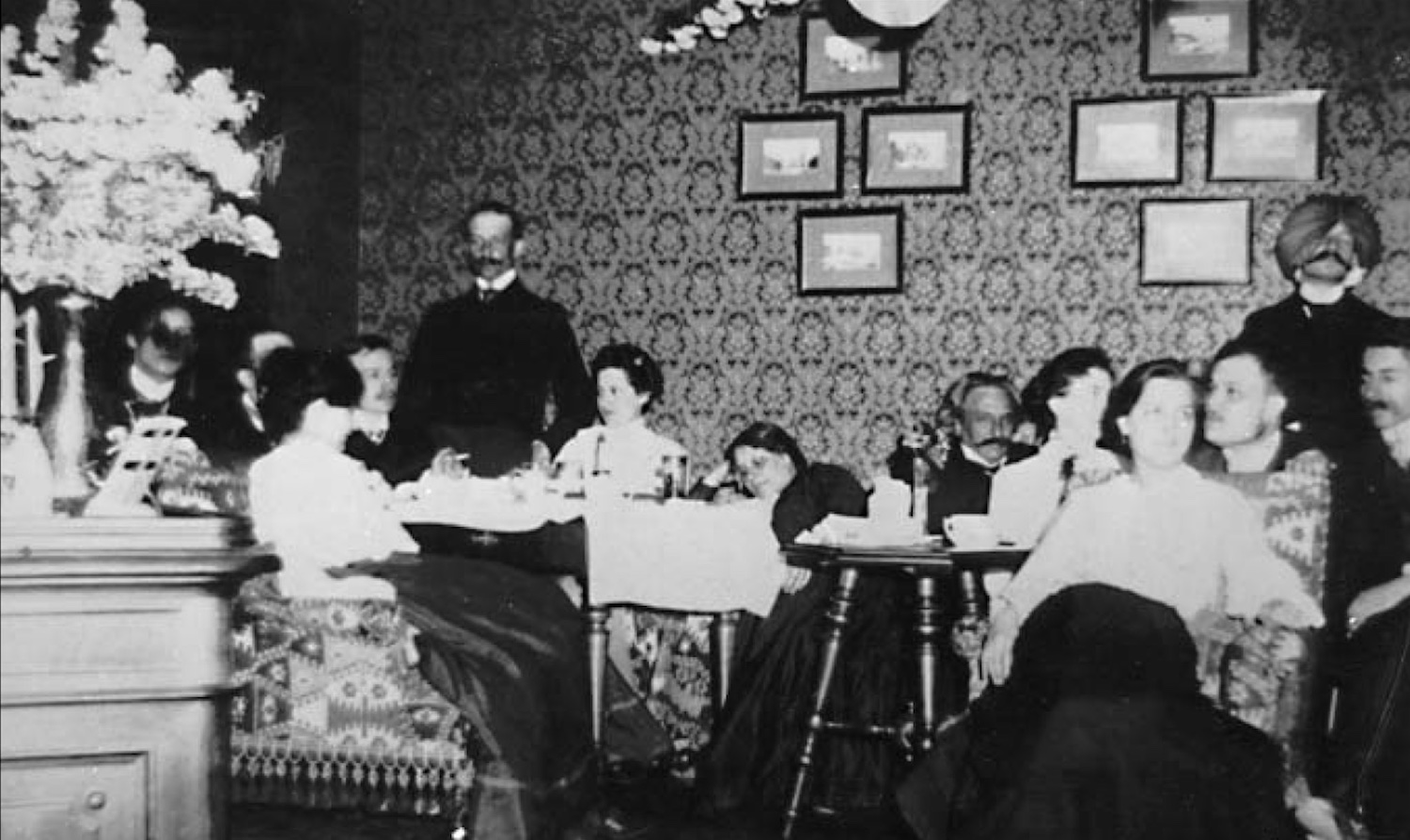 I recognize, at the center, rumpled, the strange mother of Karl Polanyi, Cecilia Wohl. I suppose the father (Mihály) is the one just next to her, black-suited. On the right, I recognize Oszkár Jászi and, on the far right of the picture, Ervin Szabó. I don’t know which of these women is Anna Lesznai, but I don’t think she is important, at least I never met her during my readings. I don’t know either where is Rusztem Vámbery (1872-1948).

I wonder also who is the man above both young men which frequented this salon, standing on the right. It seems a turban, but I don’t understand what a man dressed like this would do in Budapest in the 20th century, since I don’t think Hungarian Jews wore turbans of this style. Is it simply Armin Vámbery (1832-1913, father of the (future) judge, politician and ambassador Rusztem Vámbery), orientalist that traveled months pretending being a Sunni dervish named Reshit Efendi2, then dressed on the Ottoman style? Or Rusztem himself decked out as his father? Would it be some guru or a Dönmeh, distant descendants of Jacob Frank’s followers?

This kind of questions – coupled with the mystery that it seems surround Polanyi’s text on Hamlet (1947-1954) and his possible denial to “avenge his father” – drive me to do research on the family of Karl Polanyi, trying not only to go back to the previous generation in families of Mihály Pollacsek and Cecilia Wohl, but until Enoch Pollacsek in 18th century on the father’s side and to Osher Leyzerovich Vol (Alex Wohl) in Lithuania on the mother’s side, who was a rabbi in Vilna. I don’t know if these families were linked near or far from Sabbatean or Frankists, trails being difficult to go up even for specialists as Gershom Scholem…